A Story about Moving in Victoria, B.C.

Just a Minute Away… 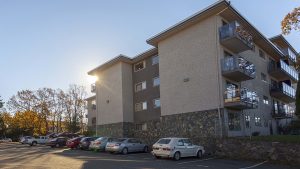 Greater Victoria’s main roads. Denizens of the Quadra street area might’ve seen me, armed to the teeth with tote, breaking a sweat beneath overcast swelter. My goal was simple, move the contents of my current rental one block over.

Let’s start by stating a simple truth: moving is difficult whether it’s one province over or one block away. I likely thought I’d be saving money through the physical inconvenience of just carrying things. Well dear readers, know that my ignorance brought me difficulty that day. A day that started, quite simply, with furniture. Now, I’m a simple man. I keep my furniture at minimum capacity, but as I gazed upon the conglomerate of mattress and box spring, couch, speakers, desk, chairs, and my two large bookshelves—I realized I was in for an unforgettable experience.

Trouble began at the intersection, where I waited for the light to change. And this would have been a small inconvenience if I didn’t have to relive the experience at ten minute intervals. The annoyance of it came from the stop/start of carrying 50+ pounds of furniture.

From Bad to Worse

It took me over half the day to transport the furniture into the new place. Now, this might’ve been less of a problem under normal circumstances, but due to the nature of my lease I had a deadline of midnight. I started the back and forth trudge that’d take me all day. Equipped only with a dolly, the work was tedious. I would later discard the dolly after it proved to be useless when going over the curb. As you can imagine, having the right tool for the job required more than the utility of a dolly.

So I had enough boxes to successfully transport my things from A to B without too much trouble. It wasn’t until I checked the contents of these boxes during my idle time at stop lights that I realized that I was sweating over junk. I remember peeling open what I thought was a box of books, only to find textbooks from years before.

The Day Went On

After a lunch so late you might as well have called it dinner, I started on everything else. By this time I’d walked down that sidewalk enough times to count the squares of cement between my old house and new. My arms were tired and laden with totes after discarding my only tool. And as the sun careened below the horizon, I cursed my former self for passing on renting a moving truck.

There’s an argument to be made for convenience. Something to be said about the value of getting something done right instead of something done cheap. Sadly, it was around one in the morning when the last box of things finally arrived at its new destination, and so I’d succeeded in a way, but at what cost?

Learn From My Mistakes

Saving Money instead of  Time

What I saved in money I paid for in full with stress and exhaustion. My cheap delusion of not needing a moving truck is regrettable. Had I sought out professional help in the days leading up to my torment experience, I might have finished the move in a matter of 2-3 hours instead of the whole day.

Not Asking for Help Sooner

It wasn’t until late into the afternoon that I realized this wasn’t a job for two. Thankfully, a friend helped carry some of the furniture later in the day. If I had someone else to share the load throughout, the experience might’ve ended by dinnertime. Moving gigs are always more than a two person job. During my next move I might even hire a professional to help out.

The week following that whole debacle was spent purging garbage that had come along for the ride. You know the drill—trips to the dump, clothing bins, and to the thrift store. All to knock off a few pounds of stuff for the next inevitable move. How much stuff did I lug across traffic, only to get rid of the following week? That’s a number I’d rather not think about.

8 Things to Expect on Your First Move

6 Ways to Reduce Stress when Moving

Moving in the Fall

Moving From a House to an Apartment

Ways To Save When Making A Move

What to Know When Renting a Home in BC

Download our free e-book for 10 handy tips on what to look for in your search for the best moving company.