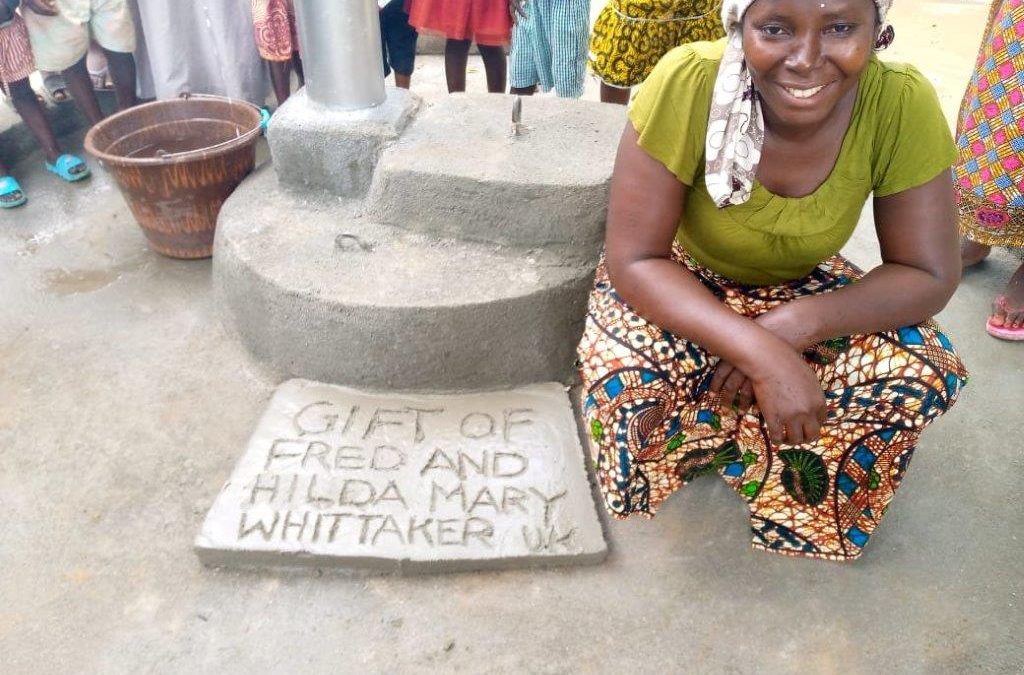 When people decide to store their possessions with Hendra Moving and Storage, it’s for many reasons: A cross-country move, downsizing to a smaller home, an estate sale, a store’s surplus inventory, and more.

Sometimes, the reasons are more profound and can impact many lives.

Case in point, one of our clients, a doctor, was feeling disillusioned with the BC Health Care System and so decided to “sell up” and make a big life change. She put most of her belongings into storage with Hendra Moving. During that process, she shared her story with us about her involvement with a group called Vision Impact Liberia run by her friend & retired Canadian nurse, Helen Fletcher who was a founding member of Vision Impact Liberia.

Helen had been working on the Mercy Ship Anastasis off Liberia years earlier, through which she met Pastor Eric Sumo of Village Ministries. Eric had been praying for someone to come alongside him to be his “boots on the ground” in Canada to aid his ministry. Vision Impact Liberia was born from their collaboration.

They produce quarterly newsletters, giving presentations highlighting the basic need of freshwater wells in Liberia, which has been named the “poorest country in the world!”
Initially, Hendra Moving provided sales proceeds from furniture donated by downsizing clients towards the fresh water well project, and David Whittaker, owner of Hendra, referred the project to Hendra’s bookkeeper. When she heard Helen Fletcher’s name, she remembered her from years earlier when they had attended the same church here in Victoria, BC.

Over the years we had heard presentations about the various needs in Africa, but “Africa” seemed far away – until our bookkeeper connected us with local Helen Fletcher and a local partnership was born.

David was looking for a way to honour his parents, both of whom had passed, and so he sponsored a well on their behalf. In outer Monrovia, Liberia there is now a fresh water well with a commemorative plaque saying “Gift of” Fred and Hillary Whittaker (UK).

The next well was “gifted” by Trude for her deceased parents, upon which a plaque now states “Gift of” Harry & Nel Kwantes (Canada).

“I wonder what people who are pumping fresh water in Liberia think when they see it was a “gift” from unknown people in the UK or Canada?” mused Trude. “We believe such a transformative gift from people across the world has a powerfully positive impact.”

“One day, we received word that Pastor Eric Sumo was building a vocational school to train vulnerable men and women from big cities with negative lifestyles. They wanted to provide vocational training so they would be able to better support themselves. A need for a fresh water well arose, this time to be built alongside the school to benefit both the school and the local community.”

So instead of giving Christmas gifts to her 4 sisters that year, Trude and David sponsored a fresh water well with their names on it. They printed and wrapped photos of the well and sent them as Christmas gifts.

“After Christmas we got calls from our sisters. ‘What is this?’ they asked.”

“I could have sponsored a donkey, sheep, or cow to meet a need for a 3rd world family,” laughed Trude. “Instead, we sponsored a fresh water well to benefit a school and community in Liberia on your behalf.”

Now there is a school well with a plaque on it showing “gifted by” 5 Kwantes Sisters (Canada).

“This time we will be wrapping up the photos of the well for Christmas for four grown kids and their two spouses showing that somewhere in Liberia there is a plaque with the inscription ‘Gifted from” 6 kids (Canada)’,” says Trude.

Liberia has an abundance of lovely, clean drinking water under their land just out of reach. They just need help to dig the wells which will bring usable water to the surface, to dramatically improve their health and living conditions.

Sponsoring a well in an impoverished African community is our way of sharing the gift of fresh water – Something we as Canadians can sometimes take for granted.
We would love to share more of our story with you, and coach you on how you too, can sponsor a “life-giving” gift – a fresh water well for hurting communities.